Welcome to the second installment of my ongoing short story, The Whiteboard. Last time we met Anne, a mousy little office worker who found the whiteboard in her office had been utilized mysteriously after she left the office one night.

You can read part one here

As the day progressed, Anne began to think of responses to the saying that had been written on the board. She wrote one of her own on the way out that evening.

“Today’s experience was one of such horror, it would make a good movie.”

She chuckled as she admired her work before turning out the light, closing the door, and making her way to the elevator. The memory of the day was not as bad as she’d reported, but sometimes things that went on inside her workplace would make a good movie.

The next day, Anne entered her office in the same way as she usually did, only to find the mystery writer had struck again, regaling her with words of wisdom.

But this time, it was much more … personal. And potentially, darker.

“You should live more. Tomorrow is an unpromised uncertainty.”

“Why, you devil,” she muttered, grabbing the eraser. “You don’t know anything about me.”

She wiped away the first two phrases and placed her own thought above the latest offering.

“A coward cannot face their tomorrows. A hero always does, even when it is dim.”

“Take that,” she said, slapping the marker pen into the holder.

She worked with fervor and avoided looking at the board for the next few hours. Then, as she inevitably would, her eyes strayed to the whiteboard. She read it again. She was convinced that whoever had written those words would understand her offensive treatment of them, if they read her response.

She hoped they did.

Then, in retrospect, she chided herself over the fact that she wasn’t the slightest bit worried that someone was coming into her office after hours to write on on the board. Wasn’t that a real problem, invasive, and creepy?

And just who was this mystery writer? And why were they choosing to do such a thing? Was it a secret admirer? Someone who worried that she worked too hard and didn’t mingle with the others at the coffeepot as they discussed the latest gossip?

She made a mental note to watch others as they nodded hello to her as she moved from office to copier or to the mailroom. Anyone who showed a bit too much interest would be suspect.

The time to leave for the day arrived, and she considered wiping the board clean. After all, it was silly to let some nameless, faceless writer make her feel so defensive. But even as her hand clasped the dry eraser cleaner bottle, she changed her mind. Something inside her wanted this person, this writer, to know what she thought about the latest posting.

She considered locking the door, also. That would be a big reply in and of itself. But a perverse sense of empowerment made her leave it unlocked. Let the writer see and know her response. What was the worst that could happen?

She flounced down the hallway, swinging her lunch bag.

That’s it for this week, folks. I hope you are enjoying this little short work of mine. If you want to, share this link with others so they can read it, too.

http://wp.me/p3VxaG-1Q3 for the first part of The Whiteboard

Insider info about Loran Rudder and the Secret Key 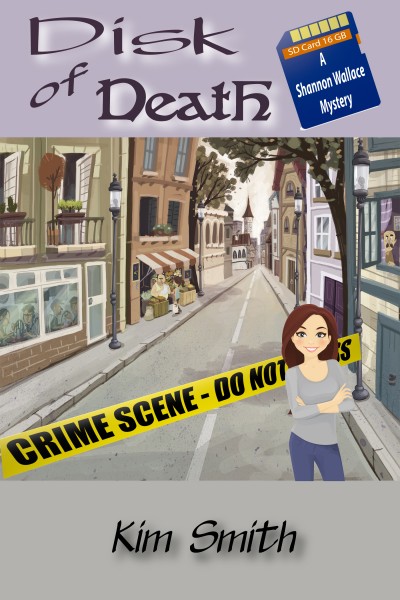