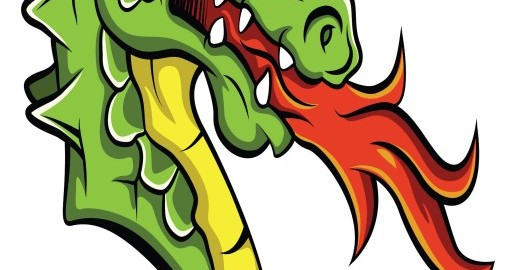 I like writing thematic stories. The Last Dragyn Slayer is based on one of the seven deadly sins, covetousness, lust, anger, gluttony, envy, and sloth – mostly lust.

You can get that here for a mere 99 cents by clicking the cover:

Considering the seven deadly sins got me to thinking about what those might look like to a writer. Covetousness might be jealousy. Have you ever said, “dang I wish I had written that book.” Yeah, that would be it. Lust, like…”wow, look at that book cover, that man is HAWT.” Uh huh, that’s it. Anger would be “OMG, they rejected me AGAIN??? What idiots!” and well, gluttony would be dining on the bones of another author, I know you have done that! How about envy? Oh yeah. “I wish I was that author!” Of course, sloth would be those who just plain don’t care about the online persona they own. You can’t be dissing people on your sites and have an awful personality and expect readers to respect and trust you. It’s like keeping a dirty house and not caring who knows it.

Jealousy
We have to nip this one in the bud, writers. There are plenty of readers to go around. We do not need to hate on those who are more successful than us. We should glory in their successes because when one writer succeeds it is a win for all books and book writers.

Lust
To me, as a writer, this is the most useless thing you can do. Why do you just surf around and find things to wish after? Why don’t you sit your butt in the chair and do something about it? It’s an easy fix, writer. Just DO it.

Anger
Instead of hating on others for either rejecting you, not buying your book, leaving a bad review, try to find out what it all really means. Maybe you deserved to be rejected, maybe your book isn’t the glowing ruby you think it is. Look for the right answer, writer.

Gluttony
There is something known as “worldbuilder’s disease” in the sci-fi/fantasy world. It is where a writer spends all their time building the world of their story and never get around to writing the story. Yeah. This would be gluttony. You are feasting on the wrong thing. Get on with it, writer.

Envy
Again, like jealousy, there is plenty of readers out there. Don’t spend another moment thinking that someone is getting all the glory and you are being left out in the cold. You aren’t. But if you do not keep going, it is a 100% certainty you will never make it.

Sloth
Please care about how you present yourself online. Don’t be mean, pushy, arrogant or rude. The book world is big but it can become very small when a discordance appears in its ranks. Wouldn’t you rather be known for your kindness instead of the other? There are no small parts as a writer. Only small people.

I know this will make some people think about their writing life. I hope you are the one who smiles and says, that’s true, instead of the one who clicks off the page and says, she’s an idiot–because that would mean you are the very one who needed to read this post.

Posted in:
Tags: Seven deadly sins of writing, What are the seven deadly sins?, writers angst
/ 0 Comments
Subscribe to the Zanies See the sidebar to sign up!
+