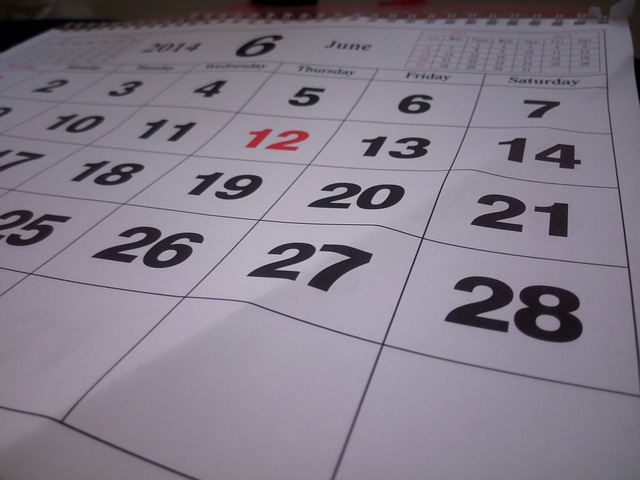 Today, I bring you an excerpt from my soon-to-be-released book, Schooled in Murder, book three in the Shannon Wallace Mysteries.

The fear of poverty sat on me like a screaming black cat digging its claws into my guts. It wasn’t supposed to be this way.

I was a college graduate. I had a degree in English.

I should have been a teacher with a retirement account slowly building itself a future. But God has a sense of humor and none of that had happened. If a boatload of green didn’t arrive on the horizon pretty soon, none of my meager accomplishments would be of any consequence. I would be living back at home with my aunties. And thanks to the current economy where everyone was looking for jobs—flinging hamburgers didn’t look very promising.

My aunties, Tillie and Nancy, had been giving me money and food ever since my boyfriend/boss had been murdered a few months back. Might be they felt sorry for me, but more likely they just loved me and wanted me to eat, drink, and be merry. Problem was, I kept finding myself situated where dead bodies turned up and people close to me were affected. I need a life, seriously.

My lawyer friend from college, James “Jimmy” Adams, and I were seated at the House of Q consuming unhealthy portions of hot pit barbeque slathered in coleslaw and Tabasco while plotting a possible job for Video Angels and thereby, for me.

Well, he was plotting. I was too unnerved to say much.

“It’s just to cement their testimony and won’t take very long,” Jimmy said. “I finally got the court to agree to a filmed copy of the contents of their house. I know you like that stuff these days, so that’s why I called you.”

“Well, yeah, but dang, Jimmy, it’s Miss Lunsford. She taught me in high school. It’d be like pillaging her desk to snoop for the grade book.”

He licked sauce off his fingertips. “It’s actually Mrs. Denaldo since she got married, hence why I need your services. They’re getting divorced. I need some way to exhibit all of their stuff before one of them ditches something of value. My thought was to tape the contents of the house.”

I wiped at drops of baked bean juice in front of my plate and thought about it. “Don’t they have to fill out forms or something declaring their ownership of stuff so the court can decide who gets what?”

“Are you talking about interrogatories? Sure. But if a form paints a thousand words, a video’ll paint a million, right?”

“Now I know why Dwayne handed the phone to me when you called. This wouldn’t be a job for him. He can’t stand seeing other people’s stuff all jumbled up and mismatched. If you were to let him inside someone’s closet, he’d be spouting tidbits from one of those fashion shows he watches, and believe me, it wouldn’t be pretty. I guess that means the old bat’s dilemma sits in my lap.”

I didn’t mean for it to sound so harsh, but my issues with Mrs. Thelma Lunsford Denaldo surfaced like a smelly, dead fish. She never liked me much while I was in school and since leaving those hallowed halls, I’d returned the favor. She ranked at the top of my least liked list.

“Hey! Don’t be disrespectful. She’s been a teacher in this community for at least twenty years,” he said.

“And she remembers each one of us and all our youthful mistakes from every year she’s taught. In tenth grade, she caught me passing notes to Katie Henderson, my best friend, and made me answer for it by forcing me to read it aloud in front of the entire class.”

He made a face like he had swallowed vinegar.

I continued. “My reputation as Shannon Wallace, last known high school virgin, had been somewhat sullied after that incident. She even reminded me of my shortcomings two years later as I walked across the stage in the gym to accept my diploma.”

“Why are they divorcing?” I interrupted. “Seems to me a pillar of society like her would be an unlikely candidate for irreconcilable differences. Cruelty, maybe.”

“No, not irreconcilable differences. Not cruelty either. Try adultery.”

He shook his head. “Nope. Something about making a video that ended up in her husband’s possession. But other than that, I can’t tell you anymore. Let your imagination run the gamut, you’d be right in the end.”

“Welcome to the digital age, huh?” I tapped my front tooth with my index finger and thought about what he’d said. Had she kept a hidden camera going while she played stuff the sausage with her lover? More than likely, her husband was a better snoop than she thought. He might have placed hidden cameras around their house. I bet she never knew she’d played into his plan.

The world of videography had come to me via a similar avenue, and I worried endlessly my faux pas in the home movie industry would announce itself in mainstream South Lake life. Even the idea someone might innocently discover I had done such a thing made my stomach hurt. Now, the one person in this two-dog town who could reduce me to a quaking, shivering mass of slobber had fallen victim to something similar. I tried to sound nonchalant. “Sexy videos, huh? Maybe they were fakes? You can do a lot with video editing these days.”

“I don’t know and don’t really want to know. Suffice it to say, she was caught from every angle thanks to fancy video work. Although I bet you’re more of an authority on that than me, eh? Maybe I’ll use you in court as a professional analyzer. At any rate, I’m working for her estranged and unhappy hubby. He’s convinced she’s guilty as charged.”

I shoved my Styrofoam plate away and dug in my tote bag for a small container of antacid. The thought of being on a witness stand discussing the technical aspects of videography when it surrounds bedroom activities gave me instant indigestion. I placed the tablet on my tongue and let it dissolve a moment before chewing. Some fruity flavor that they wanted us to think was cherry. It wasn’t even close

“No, thanks,” I replied around the chalky tablet. “I don’t want to be in a court of law ever, and especially not on the opposite side of her.”

Jimmy slurped sweet tea, rubbed his barbeque stained hands on a moist paper towel, and sat back with a satisfied sigh, oblivious to my discomfiture. “Suit yourself,” he said. “I’m just doing my job and thinking of ways to do it best. Speaking of jobs, what about my offer to film the house?”

I glanced at him and gave it some thought. My lack of funds at the moment certainly clouded better judgment, but what else could I do? I had to have money, and he was willing to pay me.

“Two grand? For shooting household items?” My voice rose as the insanity of his offer hit me. “Whoa. Adams, Butler, and Cook must be doing mighty good to be able to hand out cash in that quantity.”

He shrugged a bit too innocently for my taste. His firm touted themselves as the A, B, C of attorneys and handled all manner of cases. Even ones like this where a couple was out to get everything they could by digging in and hurting as much as possible. It made the law firm seem on the low-life side, but who was keeping score?

“Sure could use the money,” I added, chewing another of the chalky tablets. “Dwayne would be totally happy.”

“Well, I’ll just tell you, if our poor old teacher-lady hopes to get any alimony or other spousal support out of Mr. Denaldo, she’d better think of some new ways to say “please”. He intends to get the whole tamale and cut her out of everything if she so much as blinks. She’d be a fool to refuse to allow you to come in with a camera.”

I straightened the napkins lying on the plastic-topped table. “What would I have to do exactly?”

His smile said he smelled victory. “First off, you would need to go over and talk to her, tell her what you do, get her comfortable. And while you’re there, get her to sign these forms giving you permission to do the shoot.” He reached down, pulled papers out of his brown briefcase, and waved them at me.  “All you need to know about the case is right here.”

“Why can’t you go over and do this? I’m totally against doing it. I mean, what might happen when my old teacher and I meet again? My reputation in South Lake society would be at stake if I make her mad. And being a party of the second part to her husband’s lawyer and their plan to strip her of everything would certainly not make her happy.”

“Um. I think her reputation is more at stake than yours, and I can’t do it. I have court.” He grinned and shoved the papers across the table toward me. “Your check for two thousand dollars is just waiting to be written out by the way. Get the job done and the money is yours.”

“Talk about presumption! You already knew I’d do this?” I gaped at the neatly typed pages and thought about a check made out to Video Angels.

“You can do this, Shannon,” he added, “All you have to do is to get friendly with her before you film her worldly goods.”

I stood, snatched the papers up, and flipped my tote off the back of my chair with the flick of my index finger. “Fine. But just so you know, no matter what else happens, I tried to get out of this. It’s on your head if I’m ruined because of it.”

He was still frowning at that as I flounced out of the barbeque place to face the suffocating June heat.

Posted in:
Tags: book three, schooled in murder, shannon wallace mysteries
/ 0 Comments
Subscribe to the Zanies See the sidebar to sign up!
+