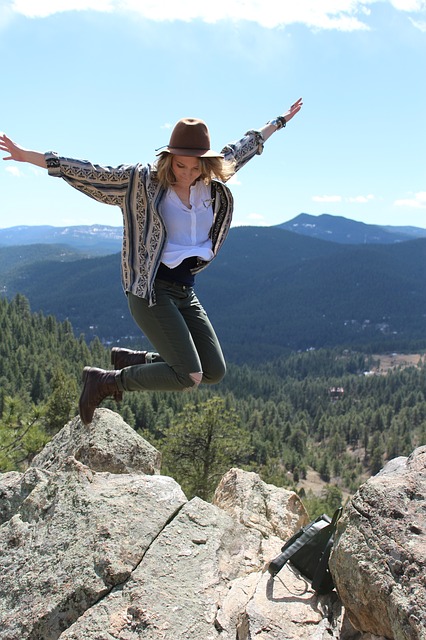 Here we are in May and you know what that means? The number two book in the Shannon Wallace Mystery series is about to bust out of here! That’s right. and I am going to give you a special sneak peek into the book but first…

Isn’t that snazzy?  I know, right? It’s a cool little twist to “View to A Kill” and I did it to match

which is a twist on “Kiss of Death”.

Okay, so now that you are in the know, here is a bit of Yew to a Kill

I carried a deep respect for professional men and Jason Scott ranked right up there. His asking to hire Video Angels for his business did nothing but raise him in my estimation. He sat in my sparsely furnished office in his ill-fitting tan suit, his blond hair stringy and disheveled. He looked more like a worn-out beach bum than a funeral home director—the kind of bum who has seen too much sunburn and had too much sand kicked in his face.

Of course, these days he was a local businessman and member of the Chamber of Commerce, and he could afford to look any way he wanted to unlike in years gone by when appearance really mattered and only the best sufficed. His youthful good looks had smoothed his way into the inner circle of South Lake’s elite, the inner circle his wife was born into. Right now, I didn’t care if he’d married his way in or was dipped in the clique. I just wanted his money.

We sat silently, legs crossed, listening to the quiet of the second floor of Video Angel’s building. I gazed at the picture on the wall behind his head—a depiction of Guinevere and Lancelot that Dwayne Brown, my partner, had bought for my office when I’d said I wanted to make it interesting and visual. Of course, movie posters came to my mind since we were in the video production business, but obviously “interesting and visual” means different things to different people. Dwayne is about as different as they come.

“Do you think you can do it, Shannon?” Jason asked.

“Sure. No problem. You have any special requests?”

“Yeah. Don’t screw it up. Make sure you get something I can take to the cops.”

His face turned red, and he dropped his gaze

“Sure. You want evidence of illegal activity. I get it,” I told him.

“Hell, no. Kids wouldn’t spend this much time tearing up crap. They don’t plan out their crimes like this.”

I didn’t tell him I disagreed, but I did. Strongly. My aunts had a neighbor whose kid, Jimmy, was a mastermind of getting into trouble.

“So all you need is surveillance on the cemetery grounds for a possible shot of anyone stealing or upsetting stuff?”

“You heard about what they did?” Anger flashed across his face.

“Heard a little gossip. Someone said gangs, someone else said devil-worshippers. Guess since we’re surrounded by churches in this town that’s to be expected.”

He lifted his hand and rubbed his chin. “Gangs? Good grief. It ain’t gangs or kids, either, I’m telling you.”

“Got no idea. Almost think someone’s out to get me.”

He shook his head and shrugged but made no effort to answer.

“Okay. We’ll get out there and take shots of anything that moves.”

He slumped in relief and pulled out his wallet. “How much?”

He pulled out three bills and laid them on the desk. “If they go to jail and I get to prosecute the creeps, I’ll double it.”

I gave him my most appreciative professional smile and shook his hand as he rose to leave. At that moment, Dwayne came through the front door to the offices, jangling the doorbell, and making a terrible racket. We joined him in the front lobby area. There wasn’t much in there aside from a reception desk and a table with magazines on it.

They both laughed, and Jason made his way out.

Dwayne gave me a raised eyebrow. “What’s up? You doing some pre-arranging?”

I walked back to my desk and waved the cash at him. “Nope. We got a job.”

A toothy white flash slashed across his ebony face. “Let’s see. Jason wants us to video a seminar on how to make a body look good, right?”

“Nope. Surveillance. On his cemetery.” I strolled to the oak corner cabinet, removed my faux-leather tote bag, and turned to see what reaction he’d give.

“Why do I always feel like Ethel on I Love Lucy at times like this?” he asked, grin giving way to that familiar raised eyebrow. I shrugged and headed for the door. “Maybe because Lucy and I are both redheads?”

He laughed. “You got red highlights, girl. But, nope, that ain’t it. Besides, I think Lucy got her hair did. I mean done-did. You know what I’m saying?”

A twitch started in my cheek. It was going to be a long night. “Dee, while you’re deciphering dye-jobs, let’s go get some footage at Jason’s cemetery and earn our keep.”

Who’s excited to read more about Shannon and the gang? Because I’m excited

Also, don’t forget: you can get the first book in the series !

Another also, you can sign up for my newsletter here on my site over on the sidebar. My subscribers will get an inside look at my writing process, more teasers, and great giveaways. The Zanies already KNEW the title of this book because they got it first!

Okay, I think that will be all for now. Leave me comments below.

Posted in:
Tags: excerpt from yew to a kill, mystery excerpt, new book excerpt
/ 0 Comments
Subscribe to the Zanies See the sidebar to sign up!
+