This is a reprint of this article from back in 2014. It is, to date, my best, most loved post on this site, being viewed 108 times. I hope you will love it again as much!

It is not very good on the SEO ranking scale, but a decent post for a blog.

For some reason, yesterday I was struck by a sight not often seen. An African American woman striding down a busy street, scarf wrapped around her head in a very cultural way, pulling a wheeled bag such as one carries when going on a trip.

All of these things sent a chill down my back, and the determined look on her face only cemented for me that there was a story to be told. This passing woman pulled the bag along with one hand slightly behind her, the other swinging at her side as if it were a propeller moving her along the roadside.

I will always regret not pulling into the shopping center where she passed by and turning around to intercept her. I should have, and I wanted to. The only problem was that I was already late to a lunch date in another town and had some striding to do of my own.

Believe me when I say that the vision of this seemingly strong woman as she went down a street where cars were whirling by on either side as people began their Christmas shopping will always be in my mind. I will write a story for the passing woman. One day she will appear between the pages of a book or in a scene somewhere. It’s like I owe her that, now that we’ve met, so to speak. And yet, her privacy is a thing to mull over. She would want privacy I think.

She might have been leaving an abusive husband. Or perhaps she might have suffered a car malady and was wroth to be at her destination. Maybe she was homeless and all of her earthly belongings were in that small wheeled bag. The ramrod straight set to her back and the determination in her stride spoke volumes. She was a woman on a mission if ever there was. I want to write her story. Long to hear it first-hand but that will never happen and for me, this is the saddest incident of all over the weekend. I promise myself that I will always dig into curious things like this from now on. Thanks passing woman for allowing me to see you as you journeyed on your own road, unaware that I was watching.

Excerpt from In the Holler 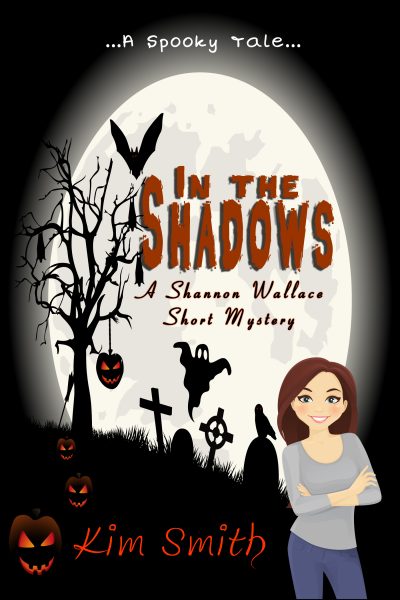 Shannon and Dwayne are hired to shoot a possible haunted house