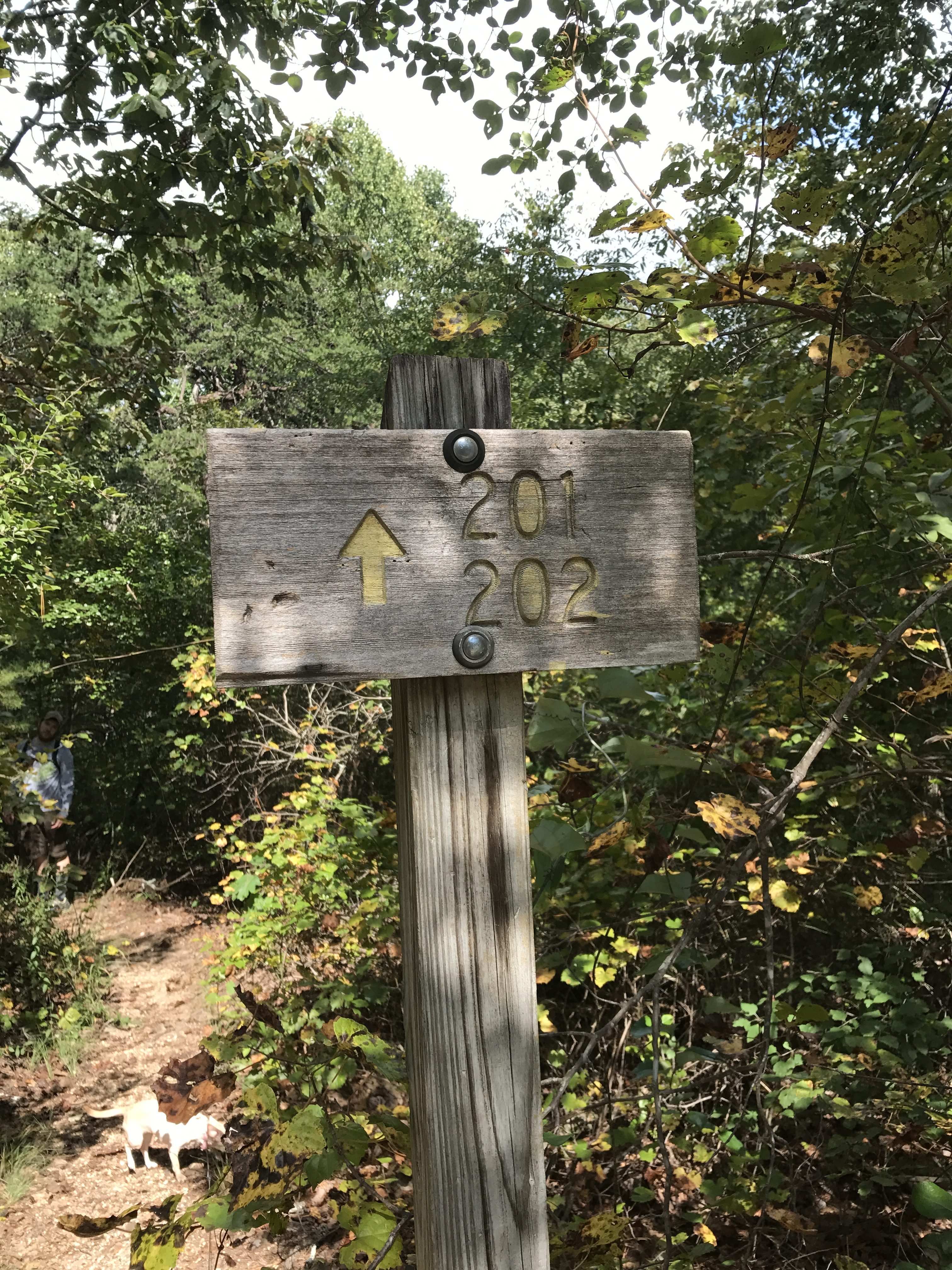 The day hike: the cemetary

Last time I left you with the incident that created my trail name. Stinger. Haha. Well, it sort of fits. I buzzed the hill and stung my bucket list with hiking and camping in the middle of my life. And for sure, will do it again. I am conditioning now for the next one. Would like to see what the PNW has to offer in wild life. Going back to Alabama though. There is a HILL I want to scale.

So, the next day, after getting up and drinking instant coffee with powdered creamer and packs of sweetener, we ate more freeze-dried food. If you haven’t had biscuits and gravy a’ la freeze dried, you are missing out.  Some really good eats. So, after that we headed out for a day hike. Rambo wanted to take me to a trail that had easier paths to follow and hosted a 1800’s cemetary.

It would mean descending the Hill. But this time, I didn’t have on a pack. I still had to learn how to go down safely. I am not kidding you, the thing was straight up and down. So, we proceeded down this monstrous hill and I relied on the stability of my hiking boots. They did their job well, and I didn’t tumble ass over teakettle down the terrain.

When we got back to the car, because we had to go that way, I used the porta-potty and off we went for the day. It’s amazing how much we rely on modern conveniences. Just saying.

It was about 7 miles down a path that was used by ATVs and was well-marked. It was only slightly inclined and the hike was much easier than getting to camp. We saw things along the way like trees threatening to fall into the path, and branches hanging suspended precariously overhead.

Then we got to the cemetaries, yes, there were two. We walked through the graves looking at the stones which were so faded from weather and time that families have put in new markers to show who was buried there. If you think old cemetaries are spooky, you would have been thrilled with these. I could imagine being on that trail at night with nothing but a headlamp and seeing ghosts floating around the area. Some of those ghost hunter shows should go to this part of the country.

We sat right inside the grounds and had our lunch. I guess we were honoring the dead and their memories by resting and eating food to nourish our very much alive bodies. We had freeze-dried guacamole and Fritos, and tuna and crackers, and protein bars divided into portions for three. It was delicious! Even little Darby Doolittle had some.

Then, after a rest and food, we headed back to camp. Yes, I had to scale the Hill again. This time, without a pack, I did it and decided once again that the Hill was going to pay for making me so out of breath and sweaty, not once but twice. I am seriously going to “slay” this damn area one day. It’s a vendetta now.

We enjoyed dinner by the waterfall and once during dinner we heard what sounded like a barking dog, at least we hoped that was what it was! Darby was not happy and started barking back.  The silence that followed was very deep. Spooky deep. Like something was coming for us because she’d answered the call kind of deep.

No noise from anything but Darby as she growled for a long time, and never stopped looking in the direction that the noise had come from. I made Rambo point a brilliant flash light out that way to show her there was nothing there. To show me too, if I am being honest. I guess that cemetary was a spooky place and it settled into my brain filled with imagery.

Maybe one day I will write a short story about a camper in the deep woods whose barking dog brings out something that hasn’t been disturbed for eons. Yum.

Next time, we break camp – and what I did that caused me to cry.