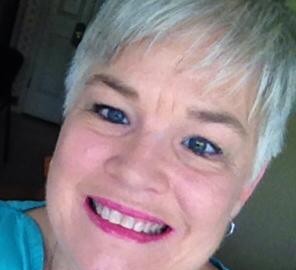 It’s that time of year again when we need to go back over what we have accomplished and to begin planning our new year ahead. I had a lot of goals for 2015, realized and unrealized. Only because experts say you will be more successful if you put down goals in a concrete form. I didn’t do that, but this new year I will.

If you are only just now getting to the point of saying you need to make a few goals, here is a helpful link on goal-setting.

I did manage to accomplish this. It also has been retitled, and re-covered so it is totally going out into the world in 2016 (yes, that is a goal for the new year!)It is now called Disk of Death and it is a zany, cozy mystery that has a lot of laughs as well as mystery to it.

I was amazed at how many of you came to the blog and visited in 2015. I reached the 900,00 mark on Alexa and my Klout score is 57 and that is pretty awesome. Thanks so much for coming and reading(or listening!) to what I have posted. You are a rock star.

I managed three more this year than last year and so I feel this was a total win! I had a blast at Author Rodeo Roundup and look forward to doing that again in 2016 and the road trip to Louisville for Imaginarium with my friend, Linda Rettstatt, was the best time of my whole year. It was also my vacation, so it tops my list.

This was a nobrainer – I love blogging and podcasting and so this was something that was the easiest of all of my goals to accomplish. Now that Writer Groupie has its own site, I will have even MORE goals to set for that.

Unfortunately, this was one that I did not accomplish. I have a good friend, Angela Kay Austin, who has done this and I intend on researching and trying again in 2016 to get this done.

All told, I am pretty happy with things that I accomplished. I said before that I had some unrealized goals, and those were along the lines of creating a production schedule, making a spreadsheet to see my royalties in a plain way, and other housekeeping things. Those were wins also, but I intend to do a LOT more of that next year.

And of course, the reading goals I set I did manage – 12 books in 12 months. I will be coming back with more reviews of books in 2016, of that you can be sure!

Did you accomplish your goals for 2015? Leave me a comment and tell me about them!