The Amazon/Hachette debacle goes on … and it seems everyone has an opinion. Some are on the side of Amazon, and say they are for the indie author. Others are on the side of Hachette and say that their stance protects the rights of legacy published authors. TheCreativePenn / Foter / Creative Commons Attribution 2.0 Generic (CC BY 2.0) Well, let’s face it folks, it all comes back to that unholy dollar . Both sides want theirs, and they are going to fight to the death until someone is victor in all this. The problem may well be, however, that

Everything has a name, doesn’t it? Who thought up all the names of things in the world? Aside from Adam who probably named trees, flowers, and animals. But who thinks up all the names of things we see each day? Like streets? Or colors? I would really love to meet the person who thought up Puce (per Wikipedia-Puce is the French word for flea. The color is said to be the color of the bloodstains remaining on linen or bedsheets, even after being laundered, from a flea’s droppings or after a flea has been crushed.) so maybe it was a 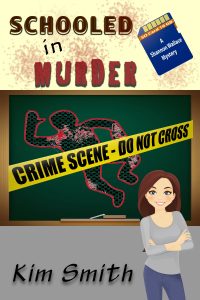 Find a sponsor for your web site. Get paid for your great content. shareasale.com.

SIGN UP & GET, FREE 8”X 8” CANVAS PRINTS ON YOUR FIRST ORDER

I am an Amazon Affiliate!

Kim Smith, Author is a participant in the Amazon Services LLC Associates Program, an affiliate advertising program designed to provide a means for sites to earn advertising fees by advertising and linking to Amazon.com.

Zazzle 15% Off Sitewide – Use Code: SEPTEMBERZ15